Cleaning rods and reels, replacing hooks and snaps, swivels and rings is a ritual indeed but there’s more to it than trebles and pliers. Cleaning takes time, something some have more of when it’s cold. It takes patience to dig through that plastic, untangle those hooks, pull out all those memories. Cleaning tackle boxes isn’t just cleaning tackle boxes, it’s cleaning out last year, it’s ushering in the next fishing season, it’s spending an evening hunched over a table or with friends, it’s an early turning of the calendar page to a new year with its new hopes. It’s almost as important as the fishing.

Henry David Thoreau gave us “Many men go fishing all of their lives without knowing that it is not fish they are after.”

Lots of good captains who know how salt changes everything, will advise also changing hooks or rings on brand new lures because they’re junk right out of the box even before they’re peppered with salt. It’s like all the funds get spent on design and marketing then there’s no budget for decent hardware. So that’s  added to the nights labors. The radio’s been promoting the Narragansett Surfcasters Surf Day Used Tackle Sale that doesn’t happen until February 9 because it’s fun to talk about things moving us closer to Spring and the migration. It’s great trading old for new, moving out what worked but rusted, what caught but could have caught more, what we don’t need possibly for something we really want.

Step one for cleaning operations is a plastic pan of warm soapy water. Back in the day, we didn’t have any of this inter-web thing, we just gathered around tables and got to work. And told stories. And pretended we hadn’t heard them all before. And possibly passed around a bottle. There’s an old school baptismal feel to dunking reels we love, washing them clean, watching them emerge renewed. It gets out the sand, salt, grit and scales. It’s exciting really, because we’re changing our focus from what was to what might be.

There’s an alternative to all that scrubbing and cleaning of water stains off the coffee table the morning after and that’s to have them cleaned by Dave Morton. Dave runs Beavertail Rod and Reel and given his machinist background, has an uncanny attention for the smallest of details. Having your reels properly greased by a team of pros is money well spent and a heck of a lot easier. It’s also means that when you’re finished washing six reels and pouring out the cold water, you don’t find a lonely nylon washer or tiny black screw on the bottom. 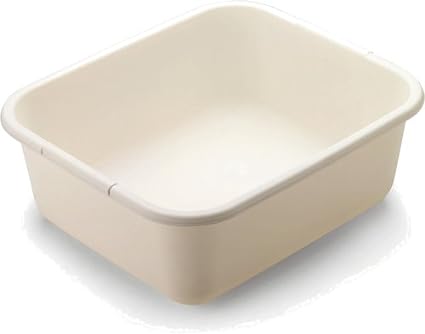 That soapy water also reminds my lovely wife that I do in fact know how to wash things, like dishes, which haunts me for weeks.

Step two was basking in all the clean gear while lamenting the empty bottle but social media has changed that. We had no post-soapy water media celebration but there’s something excellent about fisher women and men digging into so much tackle, sharing it on social media then chatting with people doing the same thing. Everyone’s posting pictures of their cleanups, their tables, garage floors and Facebook walls covered with then and now shots of plugs, poppers, jigs and junk, all jazzed up for a new year. There’s discussion about what friends think of pictured plugs, good and bad. It’s a new world.

Whole paycheck styled stores hawk new years cleansing elixirs for those who indulge, overindulge or just say, “Ahh, the hell with it.” As if some powdered Colon Blow imitation would actually trump a gathering of old friends desperate for salt air and bluefish… There’s no store bought cleanser like dumping out that tackle box on a kitchen table, watching so much red rusty dust and hook fragments scatter everywhere, seeing teaser feather bits float along or picking at a pound of soft plastics baked by summer tight onto each shelf.

Each new year bring us all sorts of regulation hearings, fishing club meetings, seminars to keep us psyched and walks through marina’s bursting out of their shrink wrap.

Now’s the time for some warm soapy water, old stories and a few hours to sit with friends who fish.