2010 was the first year of the Rhode Island Saltwater License Program, designed as an alternative to a federal license which became mandatory with a 2006 amendment to the Magnuson-Stevens Fishery Conservation Act. The amendment was written to begin more accurate capture of fisheries data like effort and landings. In a rare move, Rhode Island’s license monies are kept in a restricted receipt account and therefore cannot be used as part of the general budget. That outstanding decision was a result of teamwork by the RIDEM and The Rhode Island Saltwater Anglers Association. It should also not be understated how critical it is to have so much of our money protected so it won’t go to outdated bridge repair or some sweetheart local project to aid someone’s reelection, not that that would ever happen in our state.

According to the State’s report, the license and monies generated are for, “Allowing flexibility in the administration of the recreational license program to suit the needs of Rhode Island, improving the quality and accuracy of marine recreational fishing data, providing an improved means for quantifying the scope of recreational saltwater fishing and spearfishing …” Additionally, RIDEM can leverage monies collected with a one-to-three match through the US Fish and Wildlife’s Sportfish Restoration Program for some recreational fishing projects. They use this opportunity with caution as RIDEM states, “It is the policy of the Division to only fund Saltwater Fishing License Fee projects which have been matched with USFWS grants unless absolutely necessary.”

It’s also important to note that this was the first year RIDEM offered a hunting, fishing and saltwater license combination online. Yes, we can get anything online but government works differently, albeit relatively slowly, and keeping data secure is paramount so cheers to them for being up and running. The annual report states, “Although the internet remains the most convenient means for obtaining a license for most people, it is apparent that a portion of the population continues to prefer to obtain a license, in-person, at a local store or shop.” Before we became accustomed to instant everything, we regularly interacted with people at tackle shops.

Have you ever listened to Ralph Craft, enjoyed a parking lot casting lesson from Peter Jenkins, laughed until your stomach hurt with the whirlwind smiling force of energy called Elisa Conti Cahill or picked the brain of Chris Willion Block Island before going fishing? Interactions with small business owners is the real heartbeat of a local economy.

With the cancellation of the New England Saltwater Fishing Show, these small businesses will surely take a hit. They waited all year to provide us with rods, reels, waders, lures, hats, sunglasses and more. They took a huge risk to attend the show and now it’s not happening. Now’s the time to patronize local shops to get what you need.

The report also states, “…there are twenty local vendors authorized to issue licenses at their places of business.  This is up from just seven vendors at the start of the 2011 fishing season. Increasing the number of vendors should remain a top priority, since adding more vendors to the program will make it easier for more people to get their licenses…”

Close the laptop and go talk to a real shop owner who employs real people who just might pass along that little nugget of real-time intel that will put you on the fish.

License sales in total decreased from 50,795 in 2018 to 48,7374 in 2019. Resident licenses also fell from 31,579 to 30,155. Licenses sales peaked in 2018 with a substantial increase over the first year sales of 29,615. That year 18,658 full time residents purchased licenses. That low number likely reflects those of us who initially refused on principal to pay to fish or those of us just too disorganized to apply.

As for the money, fiscal year 2019 license sales generated $324,817 gross revenue.  Only $675 was collected for seven day resident licenses. Our fishery participants are in this for the year, not just for a vacation at the shore. Non-residents spent $19,562 on seven day licenses but interestingly, spent $93,495 on full year licenses, which highlights how many anglers are crossing state lines on a regular basis and helping fuel the economic engine that is recreational fishing.

The Rhode Island Saltwater Anglers Association puts the annual dollar amount generated from recreational fishing in the Ocean State at $412 million which equates to over 4,000 related jobs. 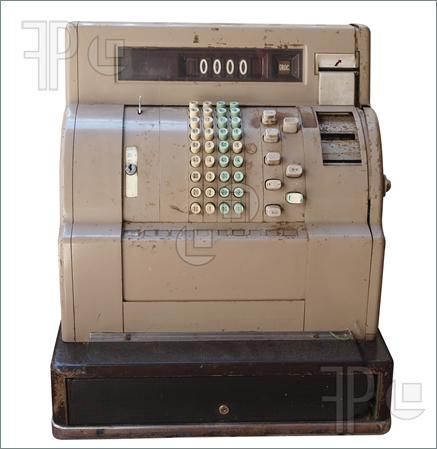 Prior to the cash register being emptied, RIDEM budgets for projects to properly draw down from net revenues. It’s a careful process for sure, trying to allocate money for everything from emptying trash cans at Camp Cronin, which apparently was a near Herculean task, to engineering complete boat ramp rehabilitation projects. One snapshot of net revenues, the final amount to be used after administration and website fees are deducted (a third party, RI Interactive, charges $2 per internet sale), is growth from 2011 to 2019. That first year’s net revenue was $132,943. In 2019, that grew to $218,448, an amount which mirrors the one year decline in license sales, which in 2018 resulted in $233,934 in net revenue.

Expenditures are extensive and require readers to go, yes, online, to get the full summary. The Cliff Notes version is funds are covering costs for recreational catch and effort data collection program (MRIP), improvement of boating and fishing access, like they’re doing at Quonny Pond and Rocky Point, development of artificial reefs and public outreach.

Monies are also expended through the MRIP program to query charter/for-hire customers who currently are not required to purchase a license. That customers don’t contribute to the license system but they and captains benefit from it likely will be a real conversation soon. Ultimately, it’s our money and is required to be spent to benefit our collective recreational experience. You can view the entire report on the RIDEM website.