Despite a lack of hard water, it really is ice fishing season. RIDEM recommends at least six inches of ice before we drag out coolers, chairs and grills while Connecticut calls for just four inches. For safety’s sake, it’s our job to check for thickness all the way out to base camp. Fishing on the ice is a perfect place for a global-warming-no-it’s-a-hoax conversation, that is if we actually get any ice this winter.

Through the ice we are allowed a view of what Thoreau called “the quiet parlor of the fishes”, hazy tree stump shadows along long green grasses, sandy spots, Wisconsonian boulders and eerie murky obscurity.

To keep us warmed up to be cold, here’s a thoroughly incomplete list of essential advice you’ll do well to consider before heading out to catch a few fish for the camera or cast iron pan.

(1)     Take care of your tip ups. They’re basic wooden crosses which hold a reel, line, a button if you’re all old school and a rather ingenious flag. That’s pretty much it. You unscrew two wingnuts, pay out some line with a chunk or live shiner and find a bucket to sit on. Ice fishing is highly enjoyable but hardly high science. Old rigs had brass reels but nowadays everything is cheap white metal and plastic, which is a shame. Always store them in a five gallon bucket. Ignore those fancy woven wood veneer pack baskets where everything fits perfectly then the whole assemblage looks even more perfect in a hundred year old canoe because there’s better living through plastic. Always store them reel down, that way it won’t take more than a few minutes for all the hooks to free themselves and intertwine with their brethren assuring that in the time it takes to walk from your pick up to the first hole you hoped to drill, the entire batch will have exploded, requiring a minimum of 25 minutes on your knees, swearing, trying to untangle everything you untangled before you left the house at 4:00 a.m.

(2)     Fire up the auger before you leave. Check the blades for sharpness, run it for at least two minutes at speed, to ensure all is working, then top off the tank. Once it’s cooled down, wrap the head in a towel to protect it, wrap the blades in a towel to protect you then put it back in the garage because you know there’s no way it will start when you get on the ice since your son used all your mixed gas for his car, which did not appreciate the extra lubricants, and replaced it with straight gas. For sixteen dollars and a six pack of Whalers you should call a smart friend like Steve Babcock and ask him to weld a splitting maul head onto four feet of one inch pipe, paint it bright red to so you can find it in the snow, and chip yourself a fine hole in the ice, which qualifies as exercise when you’re fibbing your way through your next physical.

Then have a talk with Junior about blown rings and pistons.

(3)     Pack more bait than beer. Let’s put political correctness aside for a moment and discuss that with the exception of our temperance favoring brothers, ice fishing often is an invitation to enjoy an adult beverage. We’re not advocating for consumption on the ice, the liquid kind as opposed to the viral kind, because in some situations it violates laws, but in all honesty, shuffling around in 10°F air on 12” of frozen pond when even the fish are smart enough to stay home, there really isn’t much else to do but, well, shuffle our feet to keep to encourage circulation and enjoy a pop. We should all recognize that those brown liquids we rely on to warm our innards actually do the opposite but that’s irrelevant when it’s exponentially colder on the ice than it was in your house when you made the plan to leave. At days end, extra shiners can be stored in a bucket with a bubblah and in a tub if you’re single or want to end up that way but last beers present a temptation only the best of us can resist.

(4)     Check your ice depth. For those who drive to fish, you should have at least 15” to support a car or truck. Two things are keenly important here.

(a) Don’t park too close to other vehicles. It’s a better plan which factors in the weight of all those lift kits and silly bed mounted exhaust pipes to keep vehicles separated, lest they cause one of those irreparable cracks which prove the power of gravity.

(b) Always keep the glove box open. It will be easier for divers to retrieve your insurance card that way. 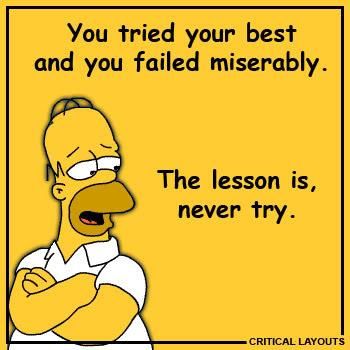